This website has existed since October 23, 2012. That's four months and four days.

Perhaps a retrospective is necessary? On October 27, we published this:

As for the first, it was recorded, but failed miserably, so it was never published.
The second only occurred, ummm.... A few months later....
At least this was entirely achieved, with filming definitively beginning on March 8.
Unfortunately, Harold Saxon did not achieve presidency.

Since that date, music and a title sequence have been uploaded, and writers have been found for every episode in series one.  At least four episodes are fully completed. Costumes have been purchased, and this website has been developed.

Thank you, everyone, and here's to the months to come.

The questions from the past week on our Ask-A-Question website,
http://ask.fm/Type13Series.

There's a TARDIS in the series... It's not an ideal design, say, but it's unusual...

Life, for Tanya Alexander Jackson, is ordinary.
With a possible boyfriend, Chris, school, and swimming to manage, almost nothing is bizarre.

Except, of course, for the fob watch haunting her dreams.

It has been almost a year since the first threads of destruction wove together. Swiftly, all who met Tanya and the Artist were entangled.

They have all experienced hell.

Tanya, burdened with a single decision.

The Artist, with the truth that threatens her precarious existence.

Echo, with her brother's screams reverberating through her mind- she abandoned him.

And Felicia Keyes, remembering nothing.

Yet two planets must unite to conquer what exists in the shadows- and what threatens the entire universe.

Again, self-explanatory. If the music is not functioning (likely, due to some recent technical difficulties), please leave a note in the comments. Thank you! Enjoy!
This is a draft, so it's not absolutely perfect. Please excuse this.

Synopsis for the tenth episode, with the unconfirmed title of 'Behind the Wall':

The epitome of the romance between Eldritch abominations and Type 13.

A modern horror piece- set in two different layers of this universe's reality.

Because something lurks behind the wall.

And something needs a vessel.

Some pictures from the filming location, which stands in for the fictional suburban neighborhood of Oak Hills, Maryland. 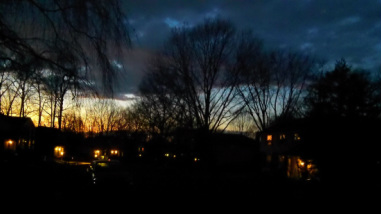 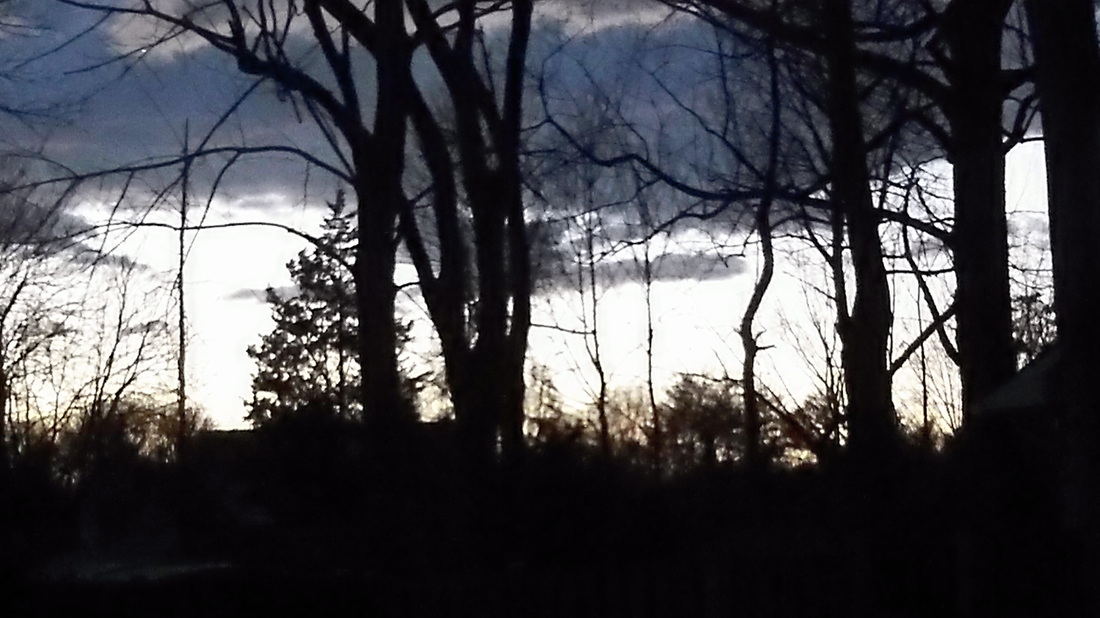 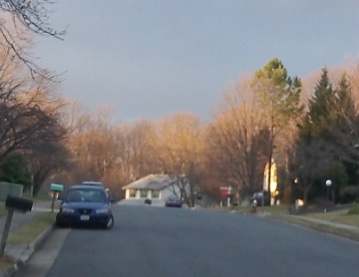 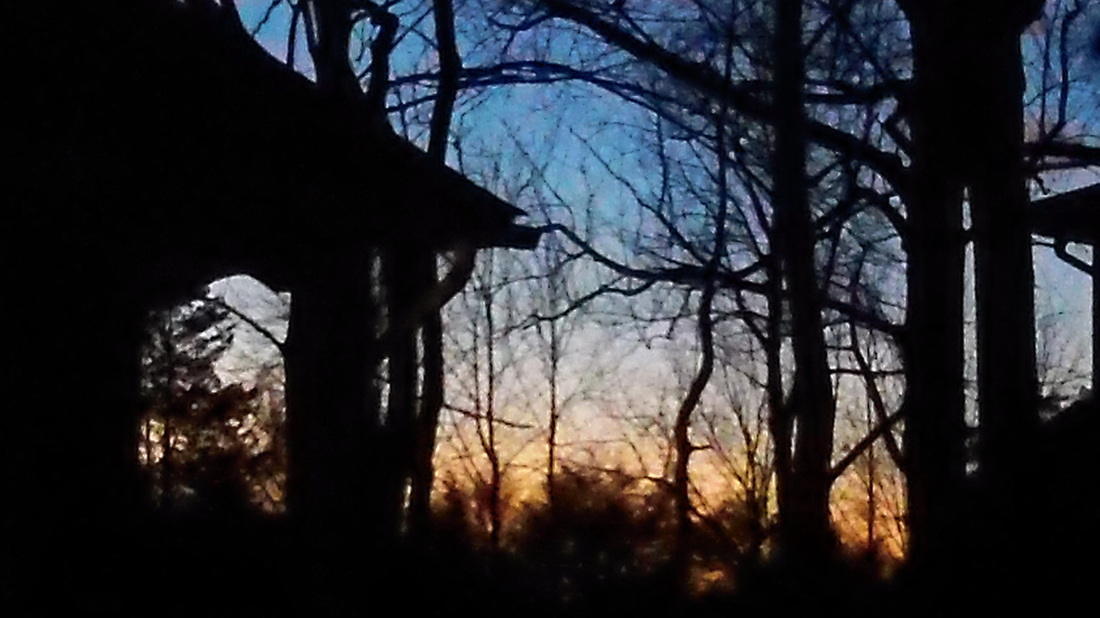 A sampling of questions from our "Ask-A-Question" website... http://ask.fm/Type13Series
(We've corrected spelling errors for readability purposes)

It will be revealed in the first episode, but as for now, I'll leave it up to speculation.


Will you be bringing any Whoniverse characters/villains into the series?‎

Certain characters will be referenced frequently, and there are approximately four adversaries from the Whoniverse in the series...

Do your episodes use the American backdrop well?‎

Some of the episodes could be set in any place on Earth (Or off it!), but certain episodes, such as Wake, Fracture, Reality, and especially 1879 utilize it well. Series 2 is set primarily in Washington, DC, which is a beautiful location to film (Definitely an advantage to filming in America...)

A handful of questions posed to the Type 13 Team, and some answers....

1.) Will the Daleks ever enter the series?

2.) How many people work on the production team, and what is it like with that number?

T13: It's difficult to estimate, as when does "helping" become "working"?  Perhaps ten. And, yes, organizing all of them is impossible.

3.) Has any of the cast or crew worked on movies or TV shows before?

T13: A handful, yes, but nothing major. Although we are telephoning Johnny Depp to ask if he'd play a part (We're not expecting a response)....

4.) What happens in the finale?

If you wish to ask a question, please visit:
http://ask.fm/Type13Series

11. Where can I rent an office building? After all, I do need headquarters.

13. "~" signifies a living organism. That doesn't mean that a weapon is inanimate.

Series One: Recollections- Essentially, this is an introduction, no major catastrophes, apocalypses (averted or otherwise). It's similarities are both to the first season of American show, Supernatural, and the first series of New Who. The first, in the respect that it's a (cosmic) road trip. Characters aside from the main cast rarely reappear in later episodes. As well, it follows the Type 13's original purpose as a Doctor Who spinoff, as later series are a bit less connected to Doctor Who's story arcs and characters.
In relation to the second, it's low-budget but diverse, the audience-surrogate characters aren't extremely unusual (Rose is an ordinary girl who works at a shop, as opposed to Clara, a woman scattered through time and, at one point, a Dalek.)

Series Two: Firelight- It involves a branch of Torchwood, so, obviously, it's similar to the show Torchwood. It relates especially to Children of Earth and Miracle Day, (even though, oddly enough, it retcons the entirety of Miracle Day).
It's Children of Earth origins are evident, with a shorter series (six planned episodes and a minisode, but that is subject to change), government involvement, Torchwood.... Yet it's not a rehashing of Children of Earth. To illustrate that, I'll just "casually mention" that the original blanket title for the series was The Malthusian Proxy. (Now, it's Firelight.)
As for the Miracle Day influences, it's set in America and it involves Torchwood. For those who loathe Miracle Day, it's nothing more substantial than that.

Series Three: Nocturne- You could practically classify it as a Cloud Atlas (novel)/ Firefly crossover. It has all the characteristics of a Firefly fanfiction- the opposite-gender name, the varied crew, the escaped government experiment.... Yet there is a palpable air of Cloud Atlas' Orison of Sonmi-451.  For the purpose of spoilers, I won't reveal anything further on that.

Also, there's a place to ask any questions, live, for the Type 13 Team (http://ask.fm/Type13Series), and a lovely but incomplete wiki (http://type-13-series.wikia.com/wiki/Main_Page#Description).

February 14, 2013: An Excerpt from Wake and Virtual Chocolates

… I suppose not. Is this America, Tanya Jackson?

Well, I suppose I should have called them fish sticks.

There is an awkward silence that NOBODY REMEMBERS.

So. Do you know who One Direction is? 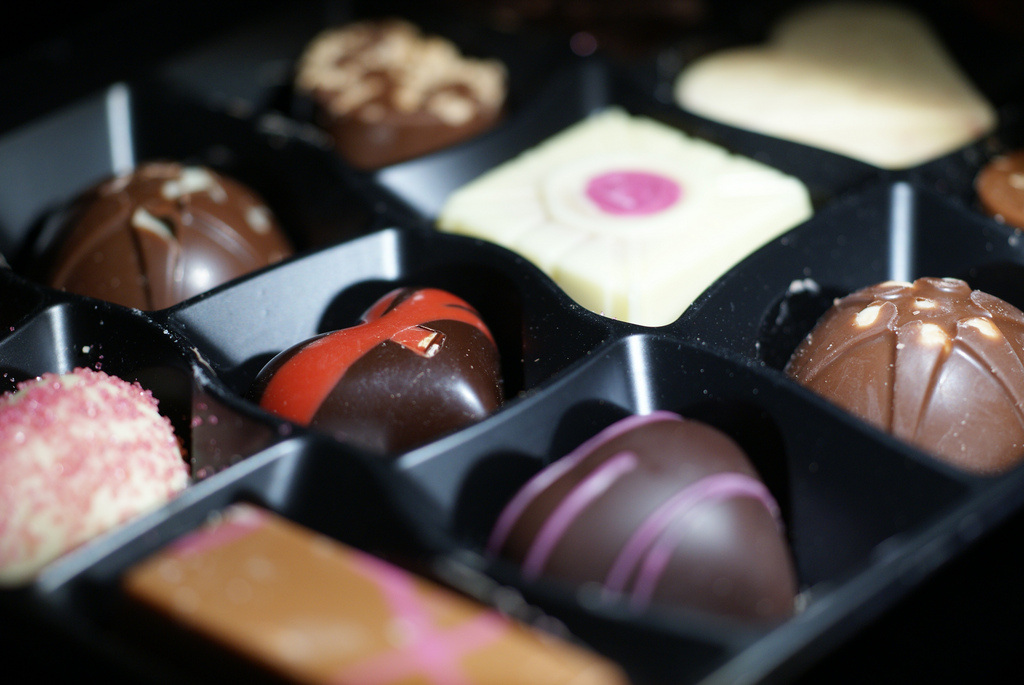 Type 13:
So, how do you believe this compares to Doctor Who and its licensed spinoffs?

Also fairly self-explanatory. The page marked "The Type 13 Blog" will lead you to the first blog post. Enjoy all of the promised unprofessional, heartfelt rants about the difficult of this. Due to this, the News section will involve more professional news, while the blog will have angst and awkward cast photographs.

No explanation necessary. In order from top to bottom: The Artist, Tanya Jackson, Christina Everetts.
If you don't recall mention of there ever being a character named Christina Everetts, well... Traverse the 'site. As mentioned yesterday, there is news elsewhere. 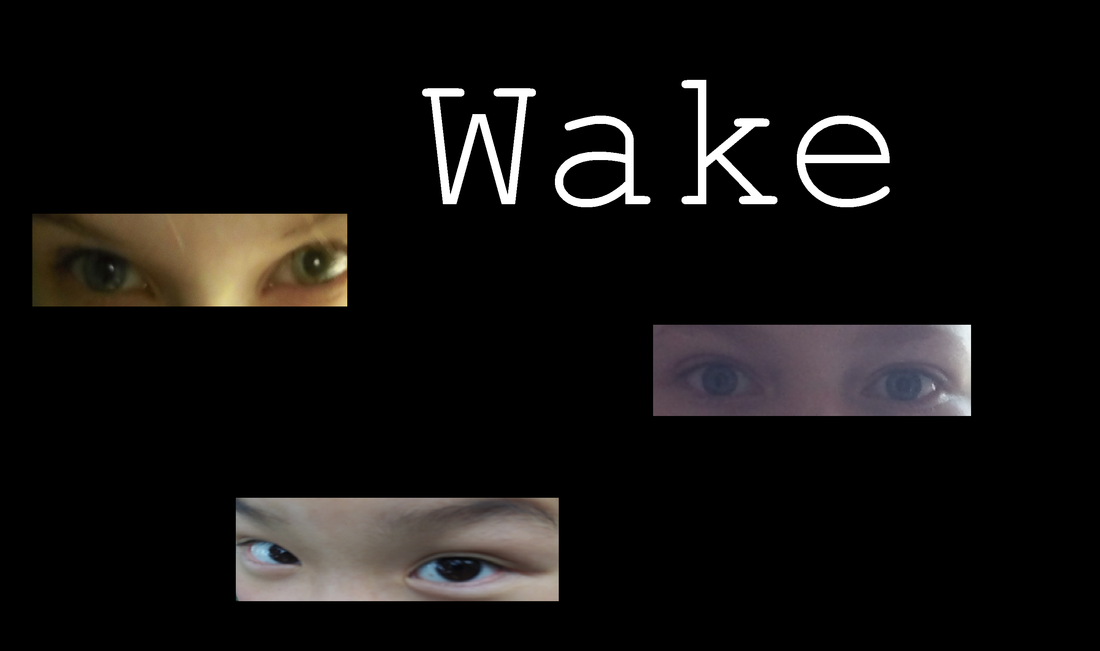 Tomorrow, another Wake promotional picture will be released- actually containing images of the actors.
As the writer of the episode, F. Wolff, has pronounced it, "Unusual, but it communicates the purpose of the episode in a few words and simple images. And it's the first glimpse at the actors."

Also, there's some interesting news elsewhere on the site. Don't expect an explanation. (Why would you? Spoilers!)

And... Here it is. Apologies about the angles in this photograph, it appears less awkward in this insane scheme called "reality". No, really, it does. We promise. 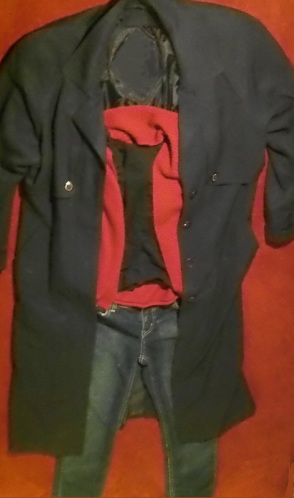 So you must wait until tomorrow.
It will be uploaded.
Our Emergency Management Team is currently rebooting the universe. We apologize for any delays.

So, without all the unnecessary circumlocution, a picture of the Artist's apparel in Wake. Please note that this is not what she will wear for the remainder of the series, so any objections are pointless. Apologies for the terrible lighting, the various sources of light were not compliant.

Her outfit for the rest of the series will be uploaded tomorrow if the universe does not implode. Since that's fairly improbable, the picture will be here tomorrow.

Also, our Archived News has been organized a bit more for your convenience. 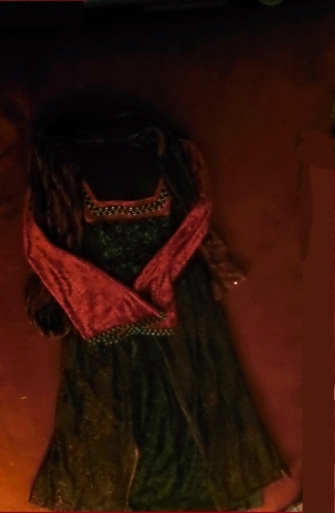 As promised, a interview with actress E. Nelson, who plays the character Felicia Keyes:

Type 13: What's the experience of being on the show like, even before the majority of the filming?

E. Nelson: Well, I'm definitely excited. Maybe a bit nervous. But I can't wait to start! It sounds like it's going to be fun, especially parts where I have to pretend I'm being chased by some sort of horrible creature. I shall be screaming and running around like a maniac, while some normal person will be trying to figure out what's missing from their life (and I don't mean that in an arrogant way). Perhaps I might inspire them. But I will probably get reported to the police first... But seriously, I can't wait to start!

Type 13: What are your thoughts on your character?

E. Nelson: I really like my character, Felicia Keyes. From what I've heard of her, she seems pretty similar to me. [...] Apparently she's quite cat-like, which is also true of myself. I once spent ten minutes batting a plastic water bottle down a flight of stairs.
I also like shiny things, probably beca-... Ironically, that sentence got away from me because I got distracted by something shiny. Or.. *checks arms for tally marks*... nope. Probably something shiny.
Anyway, so... Felicia. Shy. Technological genius with sonic-y toys. Should be interesting. And I'm really glad to be playing her.

Type 13: Is there anything else even remotely interesting to comment on?

E. Nelson: Interesting things... Hmmm... Well, I'm a total Whovian, F. Wolff actually introduced the series to me (in October I think...), I have a small dog but wish she was a dragon, I am currently watching the BBC show Merlin, a group of crows are called a "murder" of crows... and I'm done. Anything else you want to know about me, feel free to ask. [...] Just send any questions through the official Type 13 email.

February 1, 2013: The Site Update, Does It Require Explanation?

There's a lovely site update, dearest followers of this website! Enjoy, explore, comment, etc.
Thank you for all your support and a special thank you to those from the countries Luxembourg, Saudi Arabia, and Bahrain. It's astonishing to know that this website is being visited from such diverse places.

Also, we'll have an interview with E. Nelson, who plays character Felicia Keyes, tomorrow.
Powered by

Create your own unique website with customizable templates.
Photo used under Creative Commons from Chocolate Reviews