Admittedly, a bit late. Enjoy. This does not include the outtakes, but those shall be posted later today.

Before Chaos- Behind the Scenes will be posted tomorrow, along with the Before Chaos soundtrack. The former video will include cast and crew interviews, outtakes, and commentary. (It will likely be longer than Before Chaos itself.)

Anything else left to say?

At long last, a picture of F. Wolff, who plays the Artist. (She is not in character nor in her character's typical outfit for this.) 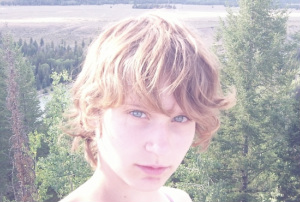 Type 13 has confirmed that Johnny Depp will indeed play a part in an episode. From what the writers and Depp have discussed, it will likely be in the episode Behind the Wall.
Powered by